At the recently held joint annual conference of the Southern African Applied Linguistics Association (SAALA), the Linguistics Society of South Africa (LSSA) and the South African Association for Language Teaching (SAALT) in Bloemfontein, two of the keynotes were sponsored by ICELDA. Marjolijn Verspoor of the Rijksuniversiteit Groningen spoke on “The added contribution of Dynamic Systems Theory (DST) analyses to language development”, while Kees de Bot of the same university chose to talk about “Circadian rhythms in language processing and learning.” Verspoor, who cut her teeth as a cognitive linguist, and whose book on this with Rene Dirven has been translated into Afrikaans, has co-written extensively with de Bot and others on DST analyses. Both are “at the forefront of new investigations into language learning from a DST or complex systems theory perspective,” says Albert Weideman, ICELDA CEO, who also expects that paradigm to begin to influence not only linguistics but also applied linguistic designs more and more in the future.

Another first for Eunice with workshop on academic literacy assessment 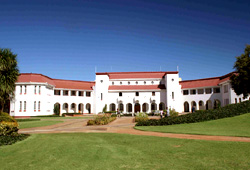 University of the Free State 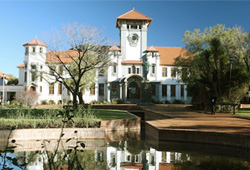